Do you remember a sleepy dog who was so ready for a three day weekend? Luna finally got one over Labor Day Weekend and we definitely made the most of it.

For the long weekend, we headed up to the Finger Lakes region of New York and rented a house in Watkins Glen on Seneca Lake with some good friends. We found our rental on VRBO.com and had a great experience. I’m so thankful for all the vacation home owners who open their rentals up to pets. It makes planning a pet friendly vacation so much easier.

The drive up from Northern Virginia should have only taken about 5 hours, but due to silly Washington, D.C. traffic it took us almost 7! Our car was stuffed full with three people and a dog, but at least we had good company!

On Friday we got in pretty late due to the traffic, so we just played a few board games before going to bed.

On Saturday, we visited quite a few pet friendly wineries on Seneca Lake. I was thrilled that nearly every winery I called allowed dogs inside the tasting room. If you visit the Finger Lakes with a dog, be sure to call ahead to see if they are pet friendly. Things can change and you might want to avoid wineries with restaurants as pets won’t be allowed due to the health codes. 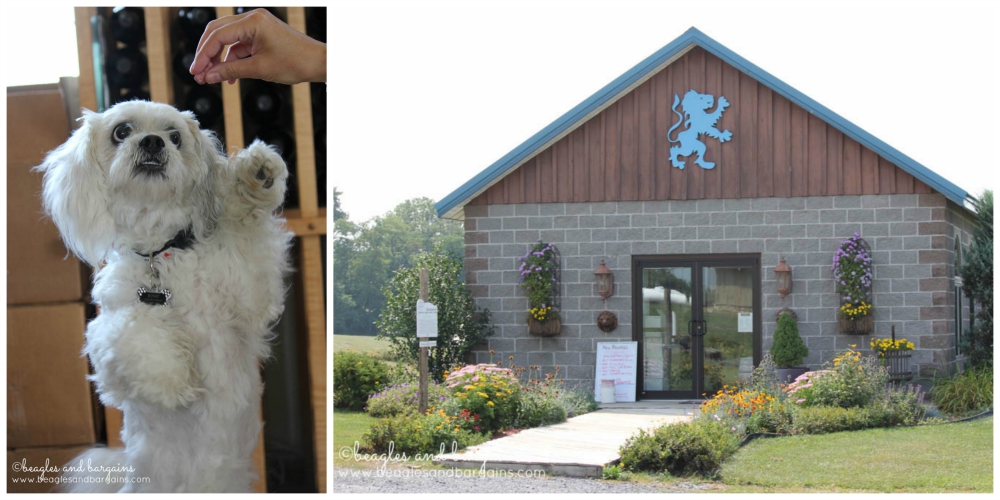 We visited Kings Garden Vineyards first where we met Bogie, a Bichon/Shih Tzu mix, who had the biggest eyes and loved to put on a good show! Then we traveled to Lamoreaux Landing Wine Cellars, which was definitely my favorite of the trip. They had delicious wine and it was super affordable. Luna was the only dog there, so she made tons of friends. One little boy even shared some of his cheese curds with her.

After that we went to Wagner Vineyards for lunch. Dogs aren’t allowed in the tasting room here, so my boyfriend stayed outside with Luna while we tasted the wine. After the tastings, we visited the swan and koi pond on the grounds. Swans are not very nice! Then, we ate lunch at the Ginny Lee Cafe, which has a pet friendly patio. If you like sweet wine, you might want to check out Wagner as it is pretty well known.

After lunch, we headed to Bagley’s Poplar Ridge Vineyards which was a pretty rugged winery that featured a lot of sweet wines as well. Our last winery was Standing Stone Vineyards, which was my second favorite and had some of the best views of the lake. While at Standing Stone, I tried a cheese plate pairing with the wine, which was fantastic! They had some great wine and also sold local cheese and other food items. 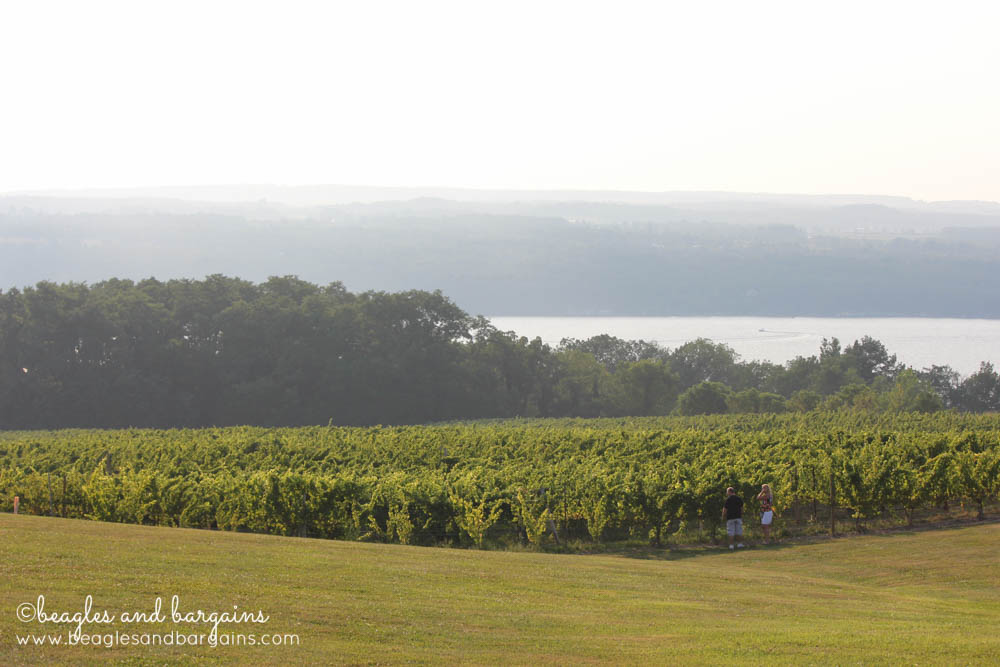 On Sunday, we headed to my alma matter, Cornell University in Ithaca. It was about a 35 minute drive from where we were staying, so we brought Luna along to explore the campus during the day. I was really needing to visit since I hadn’t been in two years and I had a blast taking pictures of Luna near some big landmarks like the Clocktower and Ho Plaza. 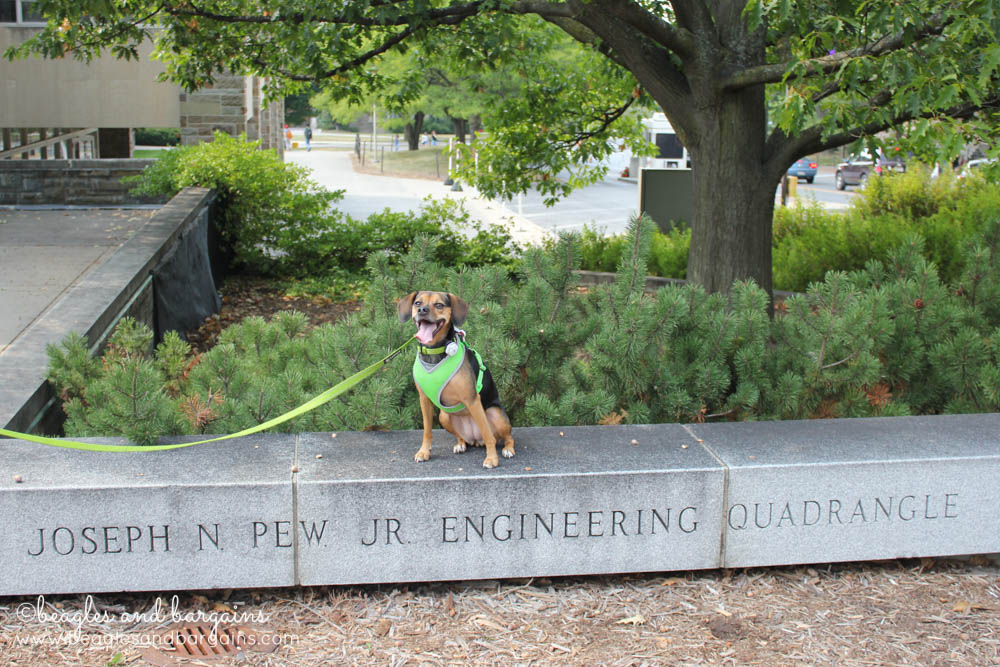 We also visited a brand new building on campus called Gates Hall. Much of the funds for the building was donated by Bill and Melinda Gates and it now houses my major (Information Science, Systems, and Technology along with Computer Science). While I was attending Cornell, we didn’t really have a “home” building and we had to be split between a few different ones. The building was very sleek and modern! 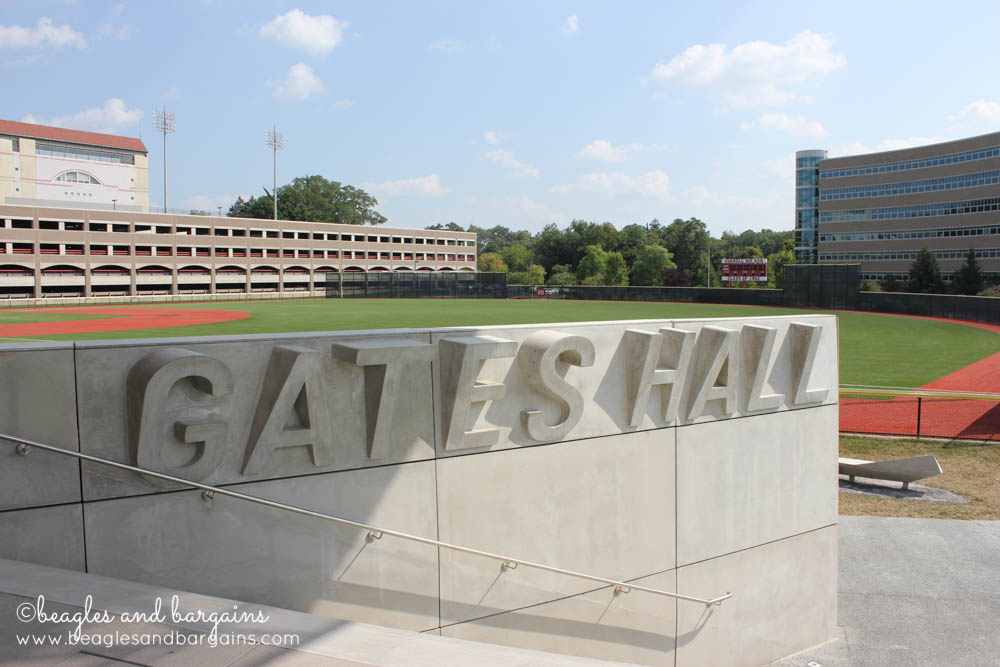 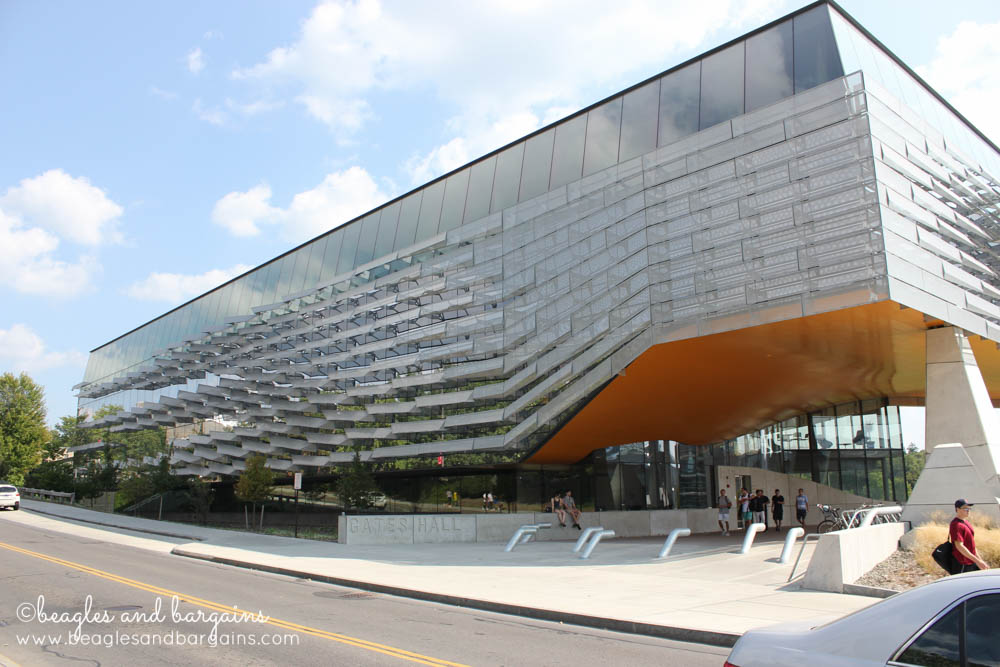 After roaming campus, we grabbed lunch at one of Ithaca’s staples – Collegetown Bagels (CTB). I was glad to see that it was still there, since so many of the other restaurants, stores, and bars that were in Collegetown when I was a student weren’t there anymore. 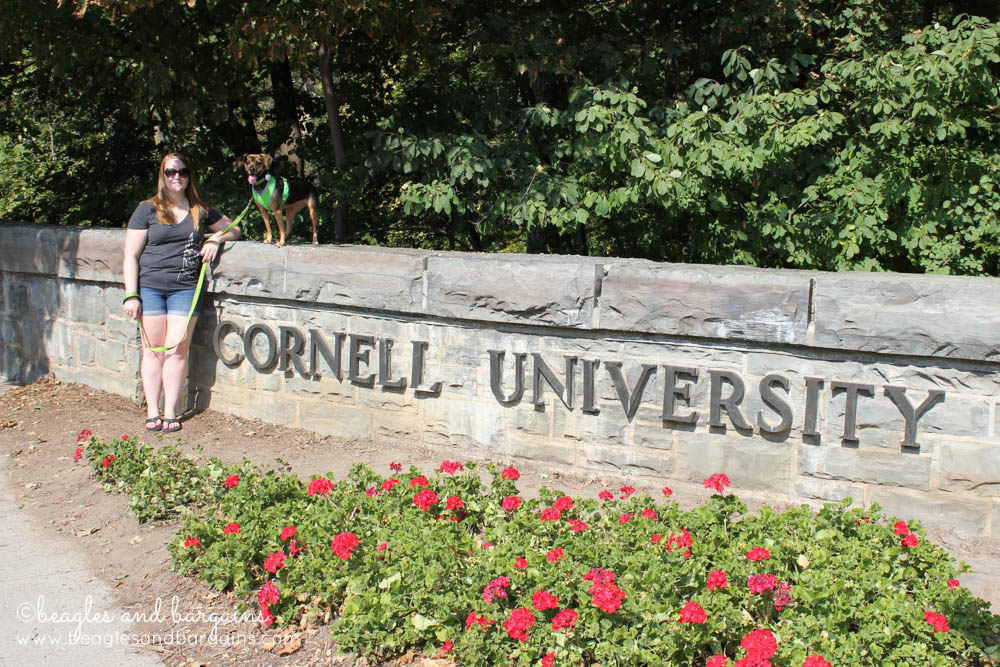 Then I visited Cornell’s Dairy Bar, which was packed! Everyone really wanted their ice cream. I hadn’t been since they rebuilt it, so I was surprised at how modern it was. I picked up plenty of Cornell cheese and maple syrup to take home with me! 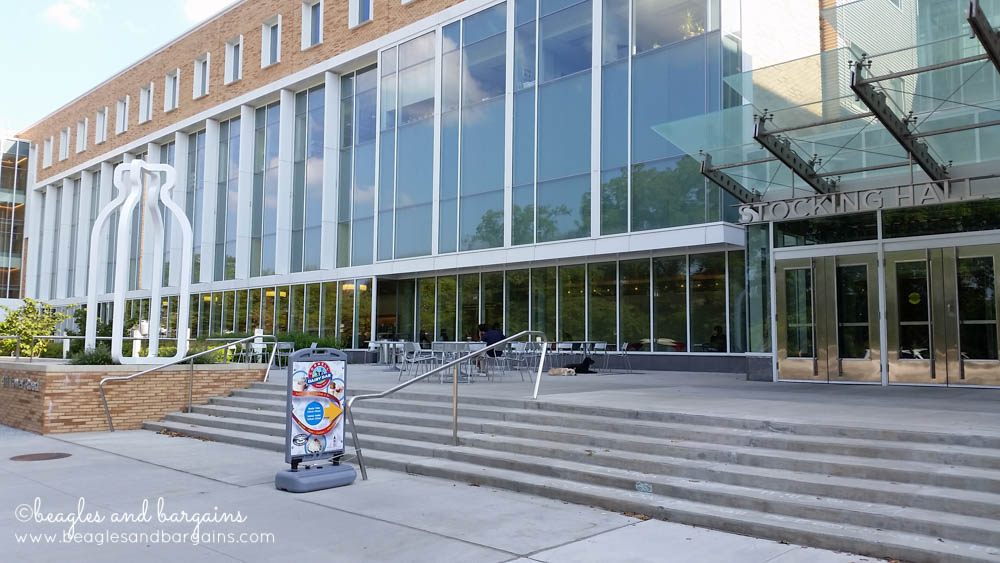 After that, we took Luna back to the house to rest up and we went back to meet with our friends in Ithaca. We visited Ithaca Beer, which has a HUGE bar and restaurant now, for a drink before dinner and I picked up a six pack to take home. Then we had dinner at Moosewood, which is located in the old Ithaca High School (now called DeWitt Mall) where my Grandpa went! I ate spinach and cheese ravioli and a fantastic chocolate brownie.

On Monday, we wanted to grab brunch with our friends before we all headed home. It was a challenge to find a place that had a pet friendly patio, had room for 8 people, and was opened on Labor Day Monday. We finally ended up at Seneca Harbor Station, which was right on the water. Good food and a great view! 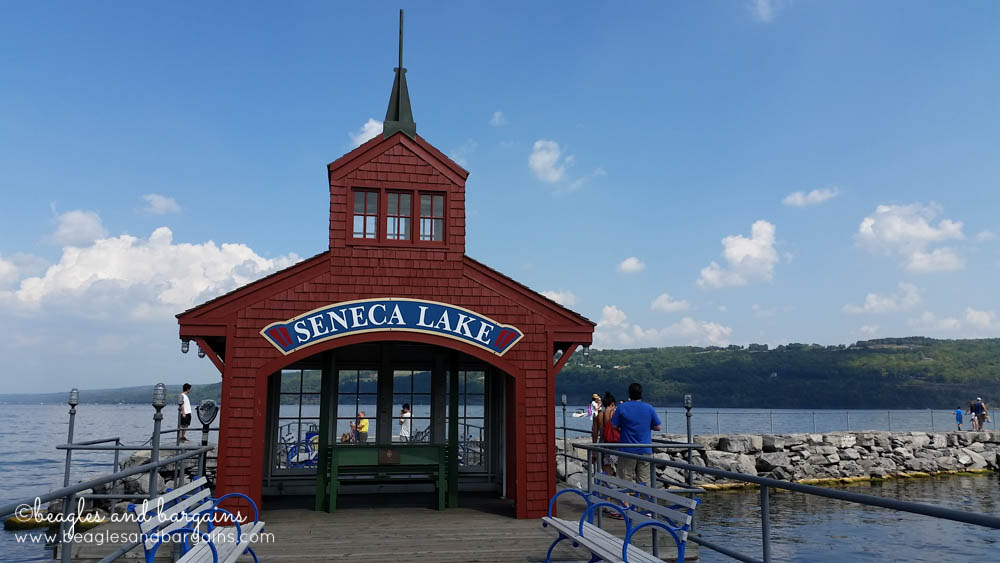 After lunch, we went onto the dock and enjoyed the beautiful views even more. Off the dock there was a rock wall, which also served as pathway, so we climbed down it to get a different view. 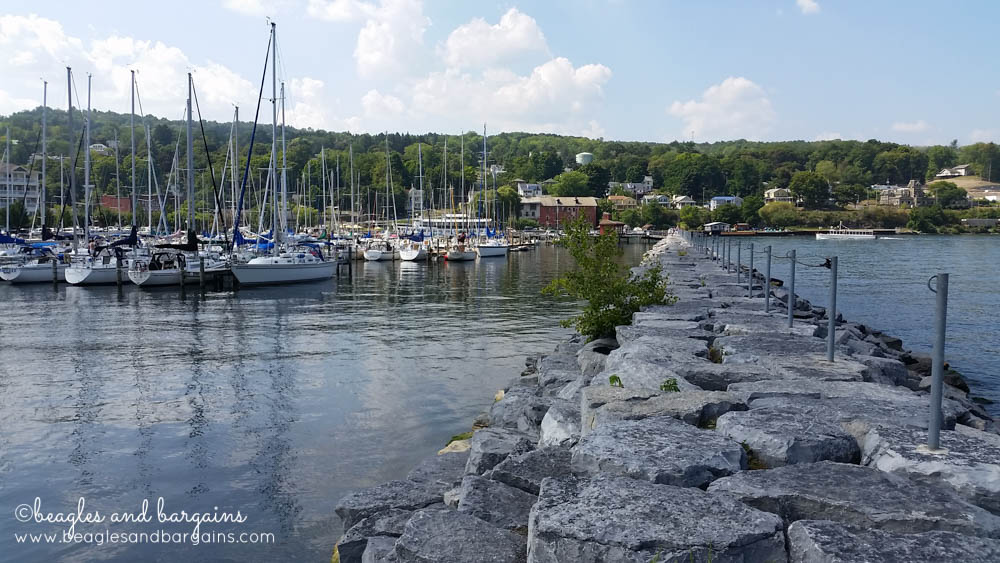 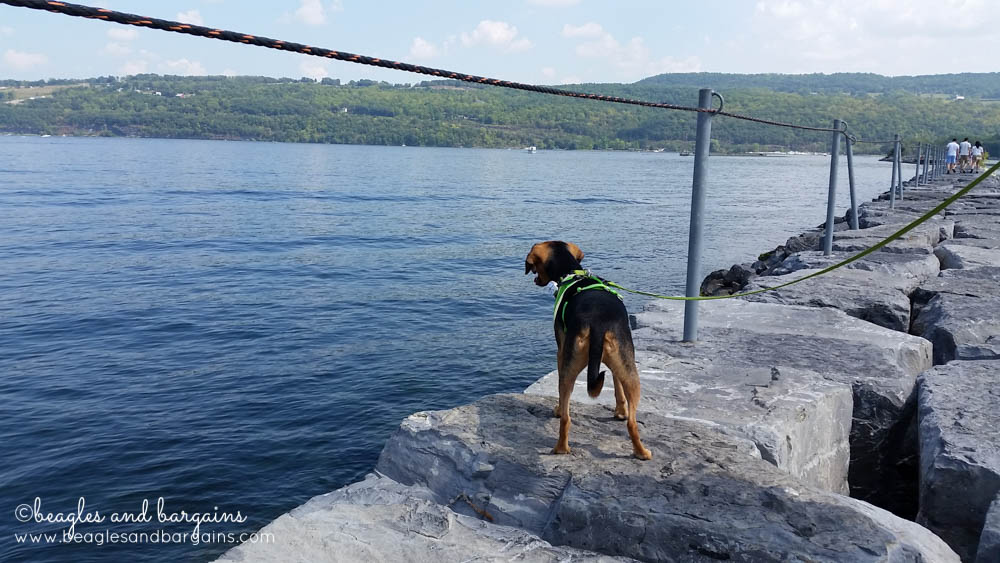 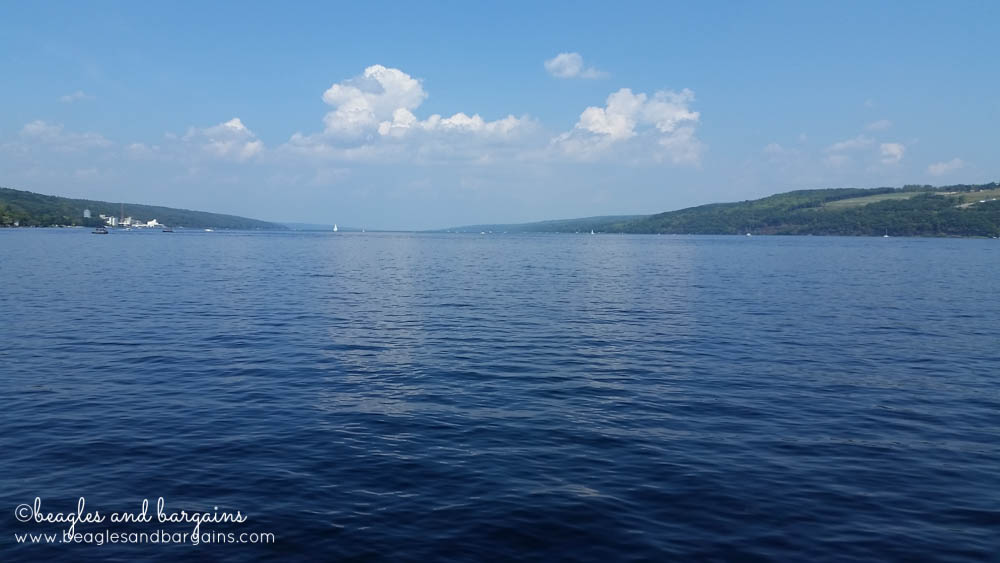 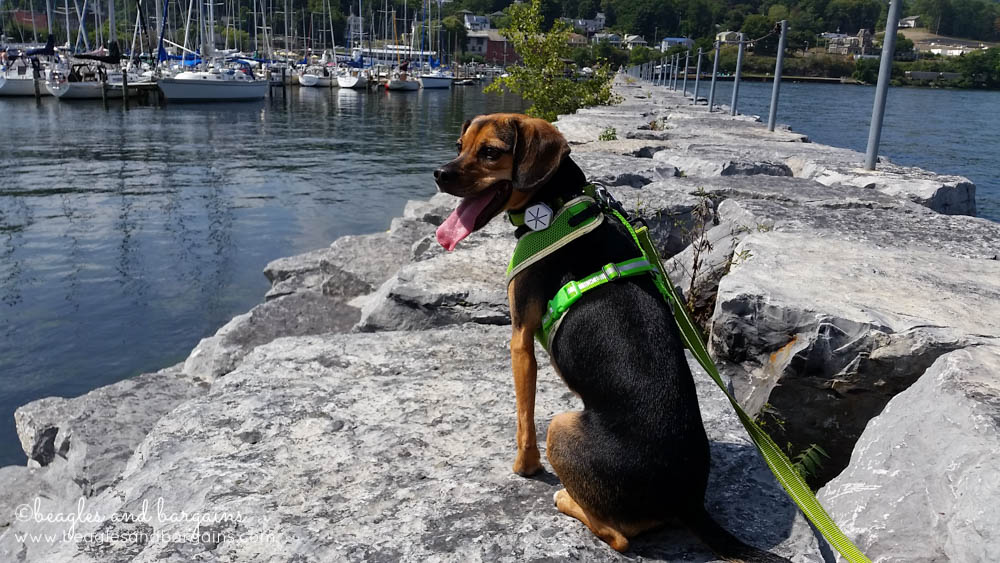 We ended the trip with a few pictures and then I snuck into a local wine store to pick up some wine from one of my favorite wineries on Cayuga Lake, Sheldrake Point Winery, since we didn’t get the chance to visit this time. 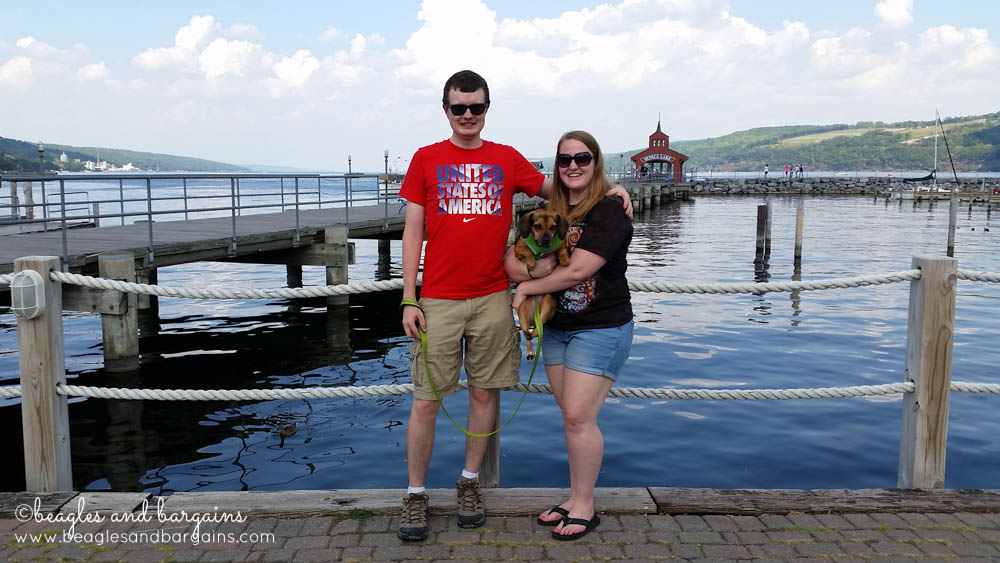 What did you and your pets do this Labor Day Weekend?

Don’t forget to visit last week’s post to attend Luna’s Pet TECHNOLOGY 101 Class and come back next week to see some puppy FEET.

You can also check out other snapshots from this week’s 52 Snapshots of Life Photo Challenge theme by clicking below!