Pet Dental Health Month is Over, but Don’t Stop Brushing! How I Stay Connected with My Dogs Through My Vimtag Indoor Camera

Well I put it off and then it got to the point that I was waiting to announce big exciting news for him. Well, today is finally that day. That’s right little Ralphie finally found his forever home! 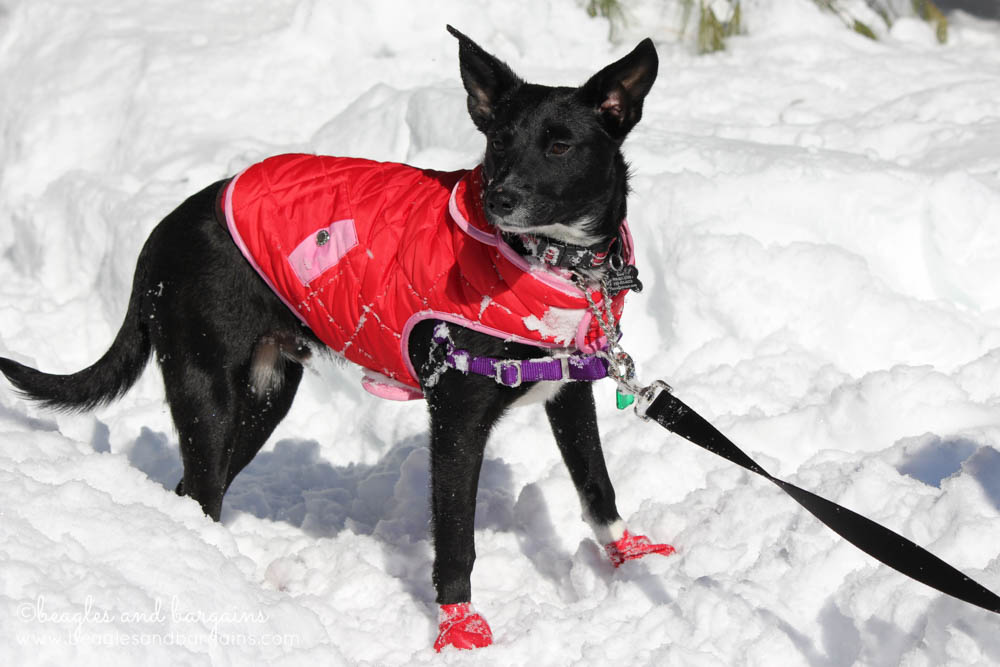 But before we get too ahead of ourselves, let’s back up to Ralph’s rescue story.

We started fostering Ralph through an amazing rescue organization called Homeward Trails Animal Rescue. I first became aware of Homeward Trails when we attended a fun pet friendly trick or treating event in October. Since we had such a great time at the event and all the volunteers were so nice, I decided to sign up to be one myself.

Not long after I did, I received an email about an urgent need for fosters because Homeward Trails had just accepted numerous dogs from Animal Rescue Corps‘s (ARC) Operation Resolution and their adoption center was too full. Over 130 animals (dogs, cats, and a potbelly pig) were rescued through five rescues under Operation Resolution in five counties across Tennessee. Ralph came from Operation Resolution Part 4.

In this rescue, ARC helped bring in 31 dogs that were surrendered by a man, Tony, who had been living in the woods of Natchez Trace State Park for 16 years. He was finally accepting help from the community for medical care and a place to live, but refused to leave until he knew the dogs would be safe.

You can see Ralph’s rescue and the rest of Operation Resolution in this ten minute mini-documentary, but be warned that I bawled my eyes out, especially when it got to Part 4.

You can also see even more about Ralph’s story and Operation Rescue Part 4 from these sources:
A Lasting Solution at Long Last: My Experience with Tony and His 31 Dogs
Animal Rescue Coprs Rescues Dogs Living with a Man in Natchez Trace State Park
ARC Photos from Operation Resolution Part 4
Mysterious Mountain Man Surrenders Life In The Woods With His Dogs

If you are interested in adding a new dog to your home with an incredible rescue story, be sure to check out the current dogs available for adoption through Homeward Trails!

I have no idea what kind of dog Ralph is, so if you have any guesses leave them in the comments! But, I do love his giant pointy ears and his contrasting black and white coloring. I can’t get over his white, speckled paws. It looks like he just walked through a bunch of white paint!

Ralph has been getting more and more affectionate and is always happy to see my boyfriend and I when we come home. He uses his paws for everything – holding his food bowl down so he can lick it clean, prancing around to show excitement, and slapping us in the face to say “Hi I’m Ralph” for attention.

I know. I know. You’ve already grown so attached to Ralph. How could he not be featured on Beagles & Bargains anymore?

Little Ralph stole all our hearts – especially my boyfriend’s – and has become Luna’s absolute best friend, so we’ve decided to add him to our family permanently. But, let’s be honest. He has always been a part of the family, since the day we first brought him home. Talk about a foster failure!

And now he even has his own Darth Vader dog bed! 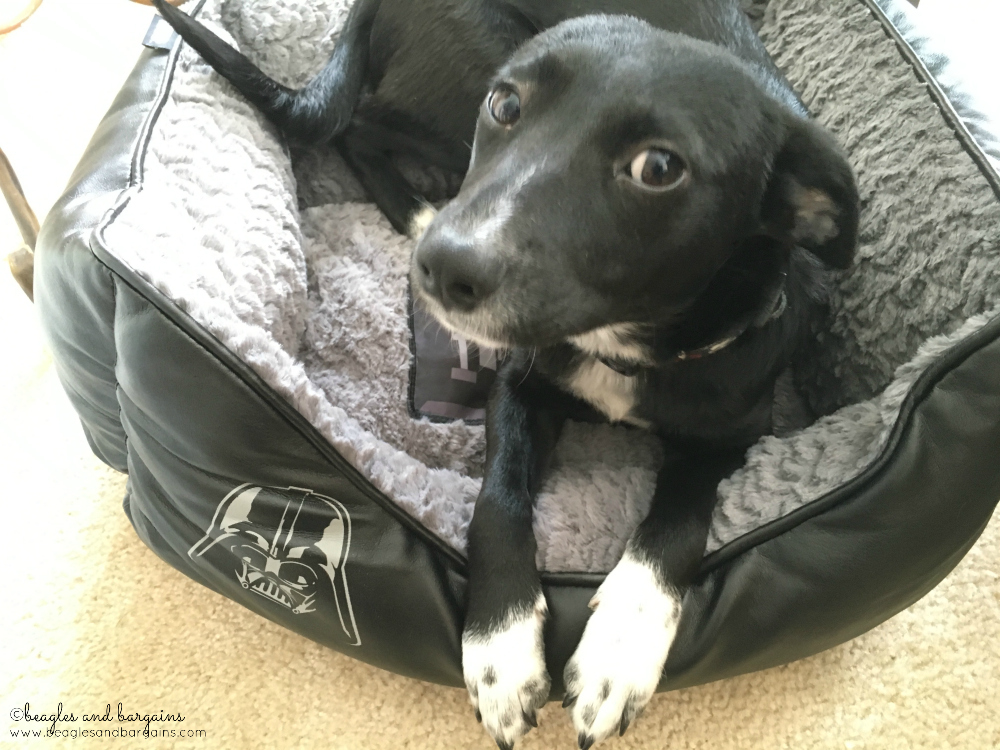