Moving tends to change things quite a bit, but we’ll definitely be trying to keep as many of our favorite holiday traditions in place as possible. In the past, we used to go pumpkin and apple picking in the fall with a few good friends. We’d joke it was our annual Fall Extravaganza. This year we are thousands of miles away from those friends, but we still wanted to pick out a few perfect pumpkins. 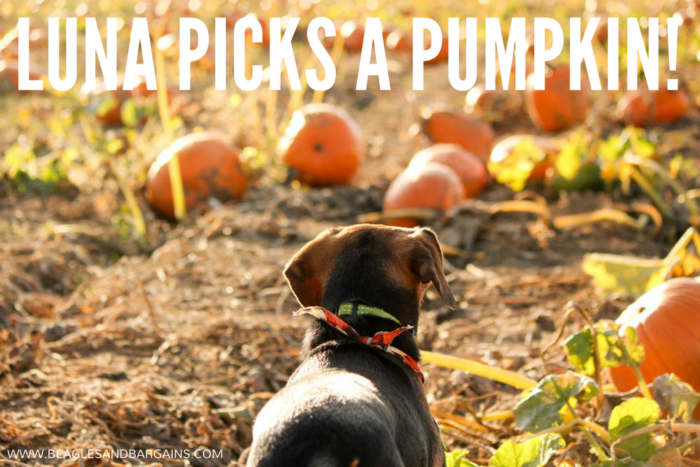 I took to the Google to find local U-Pick farm and landed on Rock Creek Farm, which just happened to be a few miles down the road from our new home in Broomfield, Colorado. It also just so happened that they allow well behaved, leashed dogs in the pumpkin patch (though not some of the other attractions)! I was ecstatic for another pet friendly adventure in the making.

It had been fairly rainy the week prior, so we put on some boots we didn’t mind getting a little muddy and hopped in the car with Luna. After a quick lunch and a very short drive we had arrived! 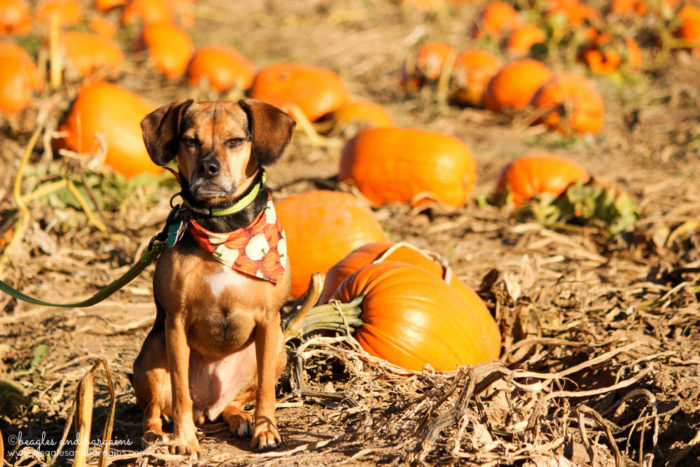 We were greeted by a friendly face who handed us a plastic knife and a sheet of paper with pricing information. She gave us a tip to keep driving to find the best (and least picked over) pumpkins. We didn’t quite follow those instructions because we were afraid we’d drive too far. As it turns out you can always circle back, so it definitely would be better to drive along to find the best spot for you and your family. 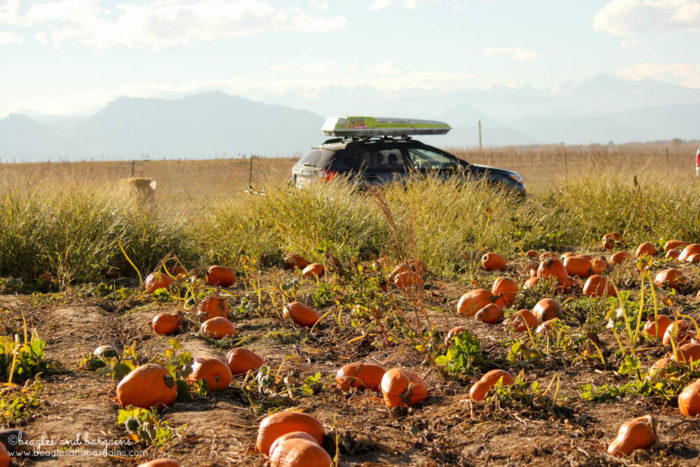 We spent quite a bit of time wandering around in the patch, taking pictures, and looking for unique shaped pumpkins. We walked out pretty far, but hardly even scratched the surface of seeing ALL the pumpkins. Rock Creek Farm has over 100 acres of pick-able pumpkin fields! 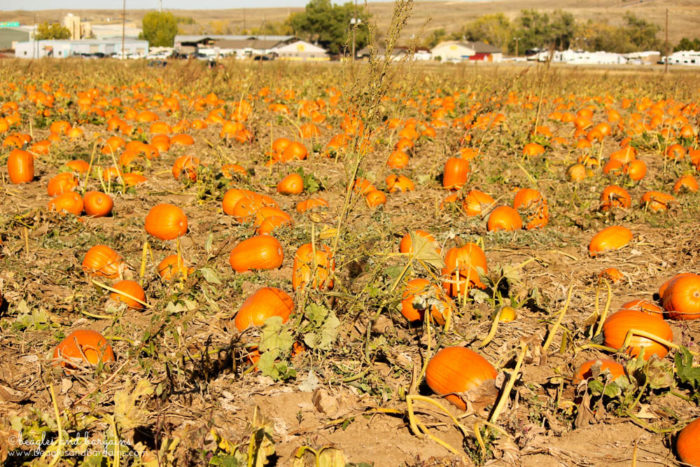 Luna had a great time exploring the fields and really enjoyed rolled in the smashed rotten ones. GROSS! She normally enjoys munching on pumpkin guts when we finally get around to carving one each year, but that’s a little too much for me. 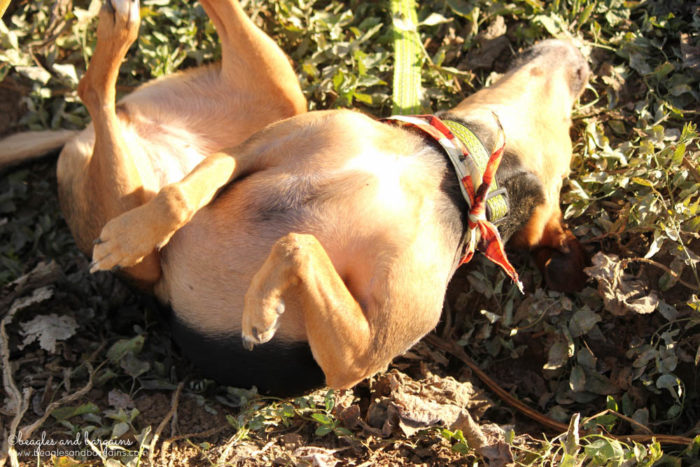 Other than that, she behaved pretty well. She was definitely curious and interested in exploring what was around her in her typical nose-to-the-ground fashion. She only started barking when she realized there was a whole colony of prairie dogs not too far away. They had spotted her and were barking and squeaking in her direction, so of course she had to reciprocate. We didn’t let her get close because quite honestly I know nothing about prairie dogs and don’t want her to disturb them! 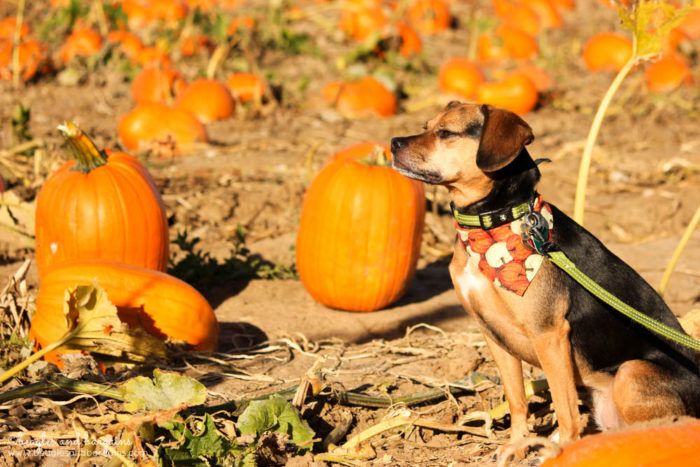 We finally locked down a few good pumpkins to bring home. I picked out two white or ghost pumpkins plus a smaller orange one. There were no wagons or anything to help you carry your pumpkins back to your car, so I got in quite the work out. My boyfriend had Luna and the orange pumpkin and I carried both white ones. MY THOSE PUMPKINS WERE DENSE! My arms were aching quite a bit. I guess I have to hit the gym a bit harder. 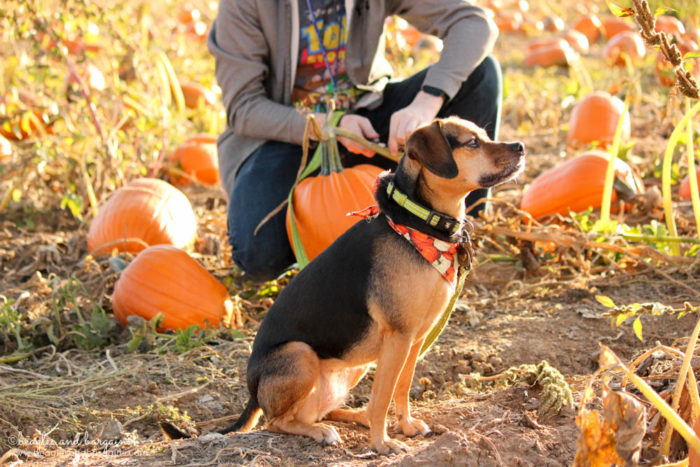 On my way back to the car, I spotted a pumpkin giant that I just had to have. I marked it with my foot in the dirt and then found my way back after we dropped the first three at the car. This pumpkin was crazy huge and a little crooked, but I loved it! We packed all four pumpkins into the car and were ready to head to the exit and pay for our bounty. 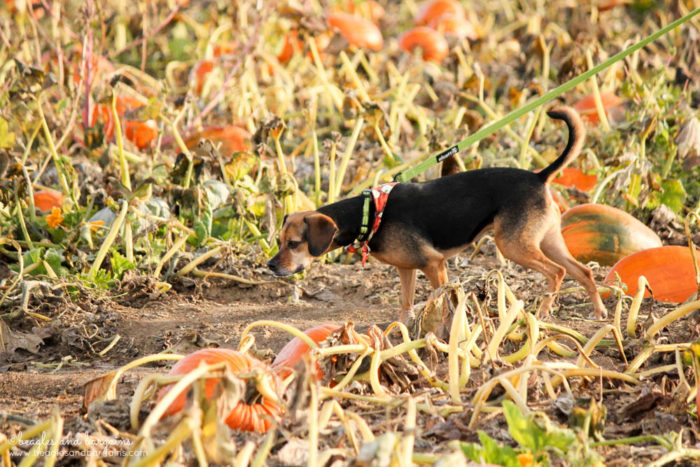 But then I spotted it! An adorable short, fat pumpkin that would perfectly compliment the ones we had already picked out. We pulled over and I jumped out to make our pumpkin collection total five. WHO NEEDS FIVE PUMPKINS? I do! I generally carve one before Halloween and leave the rest out through Thanksgiving, so they get plenty of time out and about. 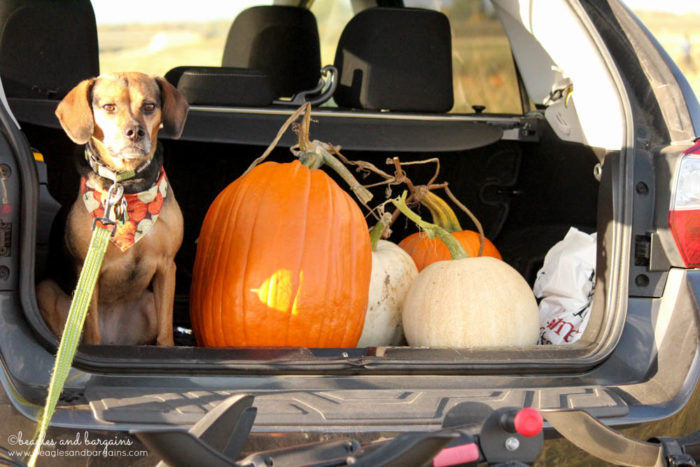 After you’ve picked out all your pumpkins, you drive to a parking lot where they have two booths set up to accept payment. They also sell some baked goods. We got a slice of pumpkin bread with icing and my favorite – SPRINKLES! Delicious! There are a few other kid-oriented attractions if you have any young-ins in your family. 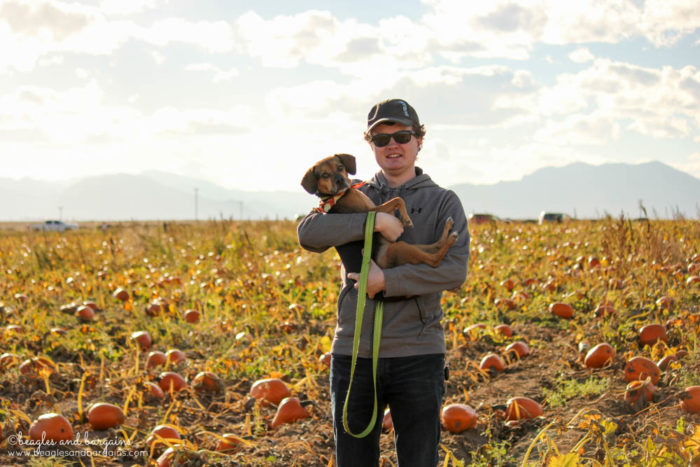 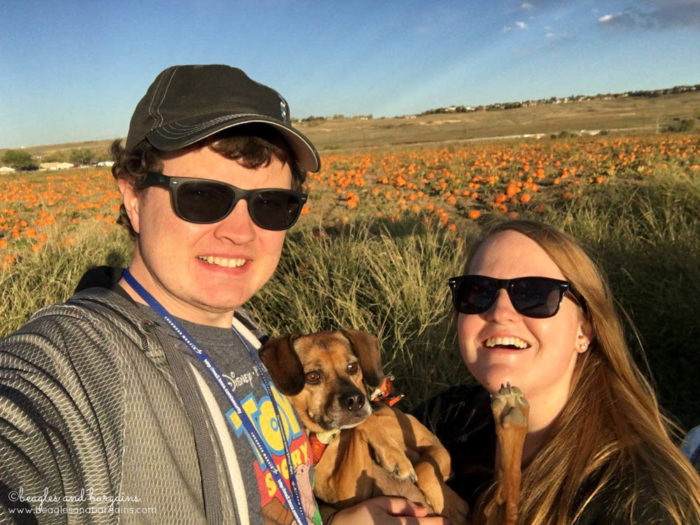 Wondering why you don’t see Ralph in these photos? My boyfriend and I decided to bring Luna along and leave Ralph at home with a tasty treat. We have been discussing lately that Ralph & Luna have become a bit dependent and protective of each other, so we’ve been wanting to do separate activities with them more frequently. We’re hoping that the time apart will help build their confidence as well as inspire a little independence. 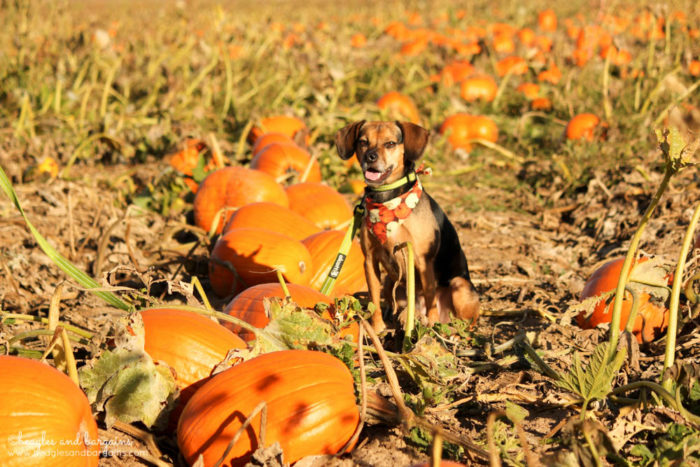 We also hadn’t ever been to Rock Creek Farm before or brought a dog to a pumpkin patch. It was a new experience for all of use and Luna is a little more easy-going in unknown situations than Ralph is. I don’t think he’d be startled by a pumpkin or anything, but if there were a lot of other dogs or rambunctious children, he might not feel comfortable. Ralph’s adventure will be another day! 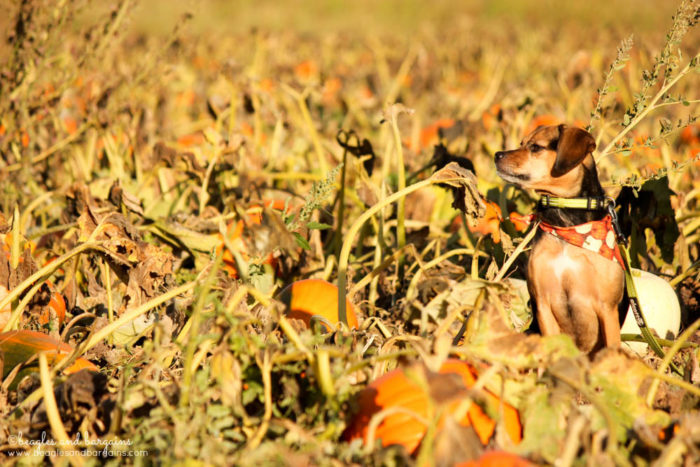 Pumpkin picking is one of my favorite fall traditions and I’m so thrilled I not only got to do it near our new home, but also include Luna this year. I can certainly see trips to Rock Creek Farm becoming an annual tradition while we’re out here in Colorado!